bio
Kasondra Rose’s voice is warm like wine in your belly, with notes of dark sweetness and a smooth finish. Originally from Michigan, she ventured to New York to pursue dancing, taking voice lessons on the side from one of New York City’s most prestigious vocal coaches. Those lessons ignited her passion for singing, and she found an outlet for her love of song in the Tampa Bay area’s thriving music scene. Kasondra has been touring for the last five years, playing in dozens of cities including Chicago, St. Louis, Memphis, and Nashville. She has had several radio appearances on Tampa Bay’s WMNF and appearances on Knoxville’s WDVX, as well as local television segments on WTSP’s Studio 10 and WFLA’s Daytime. She’s released two solo albums of original music which are available now through iTunes.
upcoming 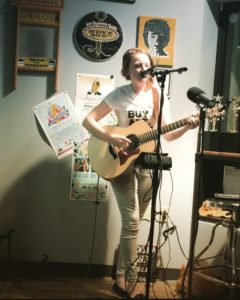 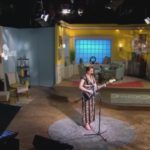 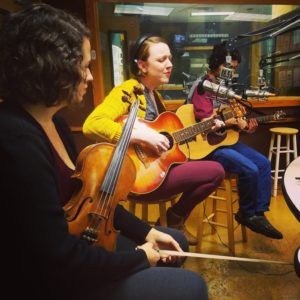 THREE RIVERS — A unique blend of jazz and pop folk will be performed at the Riviera Theatre on Friday, July 14.

Kasondra Rose, a musician originally from Muskegon said her music is a mix of styles.

“The music that I write is sort of like pop folk,” she said. “It is sort of like folk music with that pop hook. I try to write things that are a little catchy and sort of create an earworm.”

While Rose defines her music as pop folk, she also said she has a “jazz sound” to her voice.

“I have a jazz sound to my voice and yet I don’t sing any [jazz], so I kind of bring that style to a different genre of music,” she said. “I like to keep the tones warm and round. I really seek to find my own style of singing so that people can’t quite put their finger on what I sound like.”

Rose said creating a sound that embodies various musical elements was not a conscious decision.

“You just listen to a lot of things over time and you become the filter to all of those things,” she said.

“I don’t think [the combination] was a conscious decision. For me, I just listen to a lot of different styles of music and I would just say that I am kind of indecisive, so everything that I listen to gets filtered out into this [mix] of styles.”

During her performance on Friday, Rose will promote her solo album titled “Out of Thin Air,” which was inspired by her decision to pursue music full-time.

“Most of the latest album that I released is inspired by just a major life change that I was making,” she said. “For a long time, I was playing music while holding a part-time job to keep a pretty steady income.  I made the choice, about two years ago, to drop the part time job and just do music full-time.”

Rose said the album was written in a short period of time and highlights the process of making big decisions and going through life changes.

“This album was written right before I made the change to dive into music.  I was really feeling uncertain about whether or not it was the right decision because I was not sure if I was going to be able to keep up the motivation it takes to succeed because music is a tough industry,” she said.

While her stage presence is simple, Rose said she hopes to engage the audience.

“It is just me, my acoustic guitar, and a vocal looper, which is a device that lets me layer different elements of sound,” she said. “I like to create lots of different textures, so I hope the audience can kind of get lost in that and enjoy the whole process with me.”

The vibe that Rose plans on maintaining during her performance is “happy and chilled.”

“I hope that the audience finds the music to be a nice escape from whatever day they are having,” she said. “I hope it provides a little oasis in their day.”

“From Michigan, to New York, to the Burg, Kasondra Rose mixes a polished pop sound with a vintage spin that transplants you to a smoky Greenwich Village speakeasy. Her voice is uplifting with a refined kickdrum rhythm with a few classic latin influences mixed in. She’s performed at almost every venue in St. Pete and finds ways to give each audience an altogether unique listening experience.” See the full article

“Part of St. Pete’s renewed charm and recent acclaim as a home and incubator for the arts is its thriving nightlife and culture. Artists and bands such as Betty Fox, Selwyn Birchwood, Geri X, RedFeather, The Applebutter Express, Kasondra Rose, Wolf-Face and others have transformed the downtown culture for the better.” See the full article